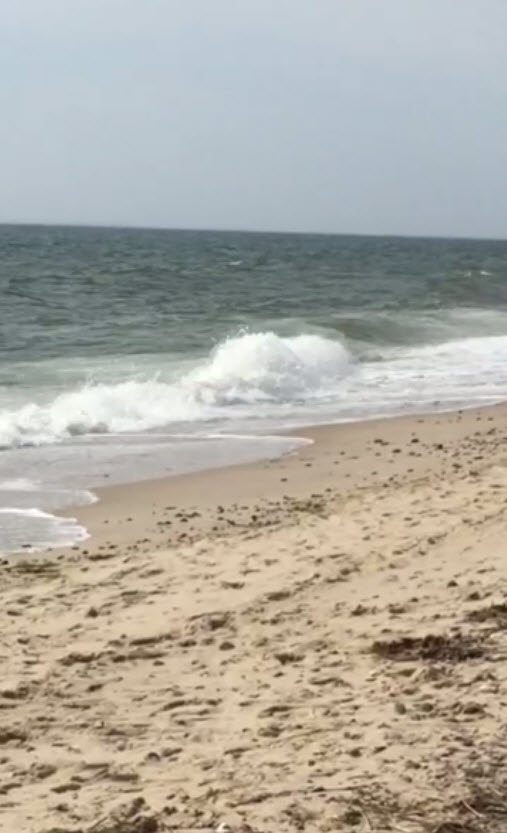 For much of my early adult life–twenty years or more–vacation meant leaving the crazy-busy work world and driving seven hours north to a three-acre island on Moosehead Lake in Northern Maine, where we cooked meals over an open campfire, survived without electricity, carried drinking water, swam nude, and– since it was the days before cell phones–lost track of the outside world.

In later years, when I had my own consulting business, the work never completely stopped no matter how diligently I tried to schedule it. During those years, vacation meant leisurely summers at our camp on a lake in Western Maine, often writing manuals or reports or my dissertation on the screened porch in between kayak rides, swimming between our raft and the neighbor’s, and ice cream forays to Pears’, the local ice cream stand. Rosemary would come for part of the summer, our oldest grandson stayed for a month or more, sometimes going to a children’s camp nearby, and his mother spent a week or two of her vacation with us there. Sometimes Rosemary and I took a few  trips to Europe and Hawaii during that period of time, but those travel times, while wonderful, don’t count as vacations in my lexicon, not the unstructured, get-up-when-you-want, eat-when-you-are-hungry, no deadlines kind of vacation anyway.

Last week, Rosemary and I took our first week-long vacation in a long time, just the two of us, to Cape Cod–no family, no friends, just us. When we were first together, we used to go to the Cape several times a year. Summer vacations at the Cape were the sand-in-everything and sun-tight, salty skin events. It was there on the dunes inside the National Seashore that our friendship blossomed into a deeper relationship. It was there, another year, staying with friends for a few days, that we were so thrilled to be together we forgot most of our luggage when we left and had to go back for it. And, a few years later, we celebrated our truncated honeymoon at the Cape (a longer story for another time). But, since we had the camp in Maine for vacationing, we hadn’t been back to the Cape in sixteen years.

Vacationing is different when you aren’t escaping from a structured day, deadlines, and others’ demands. As our friends reported after returning from their annual three-week vacation to the Caribbean in the spring, “It isn’t quite the same as when we were working. We don’t breathe as deeply in relief, and we don’t let down in quite the same way.” As much as I enjoyed our time at the Cape last week, I wasn’t as changed by it as still-working Rosemary was. Her shoulders gradually fell and her face took on a more relaxed expression by the end of the week. (I actually got several pictures of her smiling! Her friends tell her she seldom smiles in photos.)

All my days are relatively unstructured now, and any deadlines are ones I impose on myself. Each morning last week, when I woke up, I wondered “Where am I now?” and “I wonder what I will do today,” in the same way that I do when I am not on vacation. I took time to do some writing, read a little, swam, napped, and ate–all activities that make up my days when I am not on vacation. Of course we did some things that I don’t normally do in the course of my week, we walked on several beaches, visited galleries, and ate out a little more than normal. And, I enjoyed having time with Rosemary, just the two of us, without household chores and bills to attend to. But, overall, I missed that sense of being totally renewed and full of fresh ideas and resolutions to take back to my work.

The first night home from vacation, I had a dream. It is one I have periodically: I have to go on stage for my part in a play and I can’t remember my lines and I can’t find the script. I understand that this recurring  dream is about my role in the Grand Play of Life, and, usually, when I interpret this dream, I remind myself that I can indeed write my own script.  This time the dream was a little different, however, for the lines I have to speak are in French, a language I was more familiar with in younger days.

In the dream, we produce the play once, and it is well-received, but I get bad reviews about my French-speaking abilities. Nevertheless, we are invited to go on again, this time in a more prestigious venue. Once again, I can’t find the script. I look for the director, who turns out to be Paula Straight, the French teacher at the school where I began my teaching career. She takes some papers out of her desk, but they are not the ones I need. “That is the play itself,” I explain to her, “I need the script, the one with my lines.”

Suddenly, I am onstage. It is dark, except for the floodlight on the middle of the stage. I stand at the edge of the light. I can barely see the hundreds and hundreds of people in the audience. My co-star is a woman named Barbara White, in waking life a woman from my consciousness-raising group who has led a very self-defined life, one in which she has courageously made her way to a life that suits her perfectly. I remember my first line. It is easy. I am supposed to say, “Bonjour,” to Barbara. But, she is nowhere to be seen; I am onstage alone. Why is there no one else around? I have to do something. Finally, I look out into the audience and I say loudly, “Oú est tout la monde?” [“Where is everyone?”]

When I awaken, I try to sort out the puzzle of my dream. Why are my lines in French this time? Does it have something to do with having been on vacation and coming home to a place that still doesn’t totally feel like home? Perhaps. Such a dream is, according to some, about a juncture in life – your subconscious speaking to you, but in a language that is not yet clear. Perhaps this is a dream about my new life, one for which I am still writing the script. Barbara White is a reminder that it can be done. My conversation with Paula tells me that it is not about the overall play, but about my own part in it. I am at the edge of this new life, in the light, but on the borders of it, emerging from the darkness of the surrounding stage.

Most importantly, I come up with the right ad lib line, “Oú est tout la monde?” I am quite pleased with myself for coming up with a line that hopefully the audience will think is the first line of the play, but also is a cry to my fellow actors to appear. It is wonderful and it is in French! (I have forgotten so much French I actually had to look it up when I got up to see if I had gotten it right.) I am learning to speak this new language and to be clever in it. I am quite impressed with myself. I find it interesting that I chose French as my new language, a hearkening back to younger days–perhaps a reminder that my new self has its roots in my early days, an idea I have to explore more.

Through my dream, I have discovered anew that returning from vacation can be a time to re-evaluate, and this vacation has provided me with energy to tackle my task. I’ve had a good vacation but, at the same time, I will be glad to sleep in my own bed, read through the mail, check on the garden, get reoriented. Reentry may not be involve the crash-landing airplane ride that my friend Elizabeth, a high school math teacher, used to dream about at the end of each summer on the island at Moosehead. My reentry is more gentle, reassuring. I come home to write my script, not in French, but in this new language that I am learning – the language of my later years.

8 thoughts on “Vacationing as Brynna”