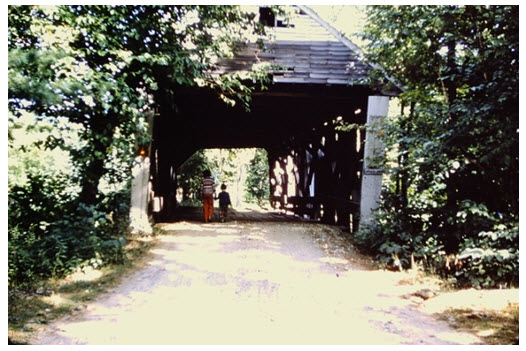 I’m awakened by the sound of a rowboat, hitting against the dock. I try to make sense of it, but I am not sure where I am. Our rowboat is up on dry land; it rarely goes in the water. It came with the house, aluminum, upside down, locked to a tree. Dan used it once when he came to visit. Dan is a tall man and the kayaks we have are more easily used by shorter people. He found the oars in the basement, turned it over, and took the rowboat out. We had never had it in the water and I wasn’t sure if it really floated. Maybe there were holes in it. Once he got it out on the water, he looked like he belonged in it–a rugged lobsterman, rowing out to his traps.

But we don’t own that rowboat anymore. Like the previous owners, we sold it with the house. We don’t live on the Maine lake anymore. I spend a few moments being nostalgic for early morning lake sounds–the seagull who flew in from the ocean, an hour away, the loons over by the island who call to the ancient and wildness in me, the occasional early morning soft putter of a fisherman’s motor not far from our raft. But these are only remembered sounds now.  What is that noise?

I catch my foot in the blanket as I get out of bed. I can’t tell where the noise is coming from. And then I see it and curse quietly. A turkey! Right in front of me, so close I didn’t see it behind the settee, banging on the sunroom window, trying to get at its reflection in the sliding glass door.

When we were having the renovations done last year, our friend Richard, who was painting, reported that he had chased several turkeys away. We arrived one weekend to inspect the work that was being done and Richard told us that turkeys had come up onto the patio several times, and he opened the sliding glass door and made loud noises and scared them away. We went online and read up on turkeys. It was mating season. Turkeys, if you have never seen them up close, can be very large. We should be loud and big with them, the website said, for they can be aggressive.

Neighbors told us that Carolyn, the elderly woman who lived here before us, used to be bothered by turkeys. Her brother, who came by one day, told us that once, when Carolyn was away, a turkey had broken through one of the windows and destroyed many things inside, trying to get out. Her brother didn’t remember how she finally got the turkey out.

We made more inquiries, to the town, to two state departments. No one had any idea how to keep the turkeys at bay. Mostly, after mating season was over, they left us alone, but periodically they come by. We bought the four big white planters that line the patio partly with the intention of stopping the turkeys from coming that way.

I have a pact with turkeys. Once, about 25 years ago, I went to a weeklong training session at the National Training Laboratories (NTL) in Bethel, Maine. Sessions at NTL can be long and intense. Halfway through the week, I needed to get away from people for awhile and I got in my car and drove off into the woods.

I know this area, for I grew up in Rumford, about twenty miles northeast of Bethel, but I have been away for a long time. I drive north a bit, remembering that my father took his first “slide” photographs with his new Kodak 35mm camera on a covered bridge near here, around 1954, when I was about nine and my  sister four. My mother had us wear bright clothes, because the new camera would take colored slides.

I wonder whether I can locate the bridge–if it is still standing. I find some back roads, having a vague idea of where the bridge was, and discover lots of condos that have been built since the nearby Sunday River ski area opened in the late 1950s.  I find the bridge, still there, and get out and look around. The landscape around the bridge is relatively unchanged, and I relive the moment of the picture-taking, ensconced in my memory by the slides I still have.

Delighted to have found this landscape from my youth, I get back in the car and drive around a little more. I am soon a little lost, but wandering is a favorite pastime, and I am happy. Suddenly, on a narrow dirt road, surrounded by tall trees and quite a distance from  any buildings or people, I see something stopped in the road ahead of me. As I get closer, I discover it is a giant turkey. Just standing there. I can’t get past. We look at each other for some time. Stalemate. I think about turning off the motor and just sitting there. I could blow my horn and scare him, but he begins to walk straight at me. He comes up to the car and around to the driver’s window. He turns around and looks straight at me. Into my eyes. Into my soul. He is beautiful. The sunlight coming through the trees reflects off the iridescent purple, green, and copper colors of the bird, now inches from my face, through the closed car window.

Perhaps the turkey wants something. I look deep into his black, beaded eye. “I promise you, I promise you,” I begin fervently, “I promise that I will never eat turkey again. Never. In any form.” With that, the turkey pulls back a few inches and I decide to start moving the car forward, slowly. I move a few inches and the turkey walks with me alongside the car, still looking at me, walking in that way turkeys have where they push their heads forward and back. I increase the speed slightly; the turkey keeps pace. Finally, a hundred or so yards down the road, we come to a little bridge over a stream. It is even narrower than the road, and I move faster to get across the bridge without the turkey. By the other side of the bridge, I do not see him anymore, except in my rear view mirror, where he is walking slowly now, having apparently given up the challenge to keep pace with the car.

I have been a vegetarian for most of my adult life. Still, at that point, when I went to NTL, I was going through a period when I wasn’t totally strict about not eating meat. I made exceptions, eating an occasional hamburger and turkey at Thanksgiving. But no more! I have kept my promise to that turkey, that beautiful, strong, soulful bird in the Bethel woods.

Last Thanksgiving, Rosemary was cooking a wonderful nut loaf, a replacement for the traditional Thanksgiving fare in most American homes. As we were cooking, several turkeys wandered across our patio. Rosemary put a sign in the window for the turkeys: “Vegetarian Nut Loaf Served Here.”

But now this stupid bird has awakened me and I am worried that it will damage the window. Last year, we had to buy all new screens for the several sliding doors that make up the walls of our sunroom, ruined because of the pecking of the turkeys trying to get at that reflected turkey they thought was a competitor. Since then, I leave the lid of a large pot and a wooden spoon in the sunroom. Now, I open the door, scream at the top of my lungs, and bang on the tin lid. After a few seconds the bird turns to go away, but the white planters block his path and he has to open his broad wings to fly over them. I go back to bed.

So you see, I like turkeys, I really do. I have this bond. But I prefer to awaken to the tremolo of the loon, the cry of my youth.

One thought on “Turkeys and Loons”