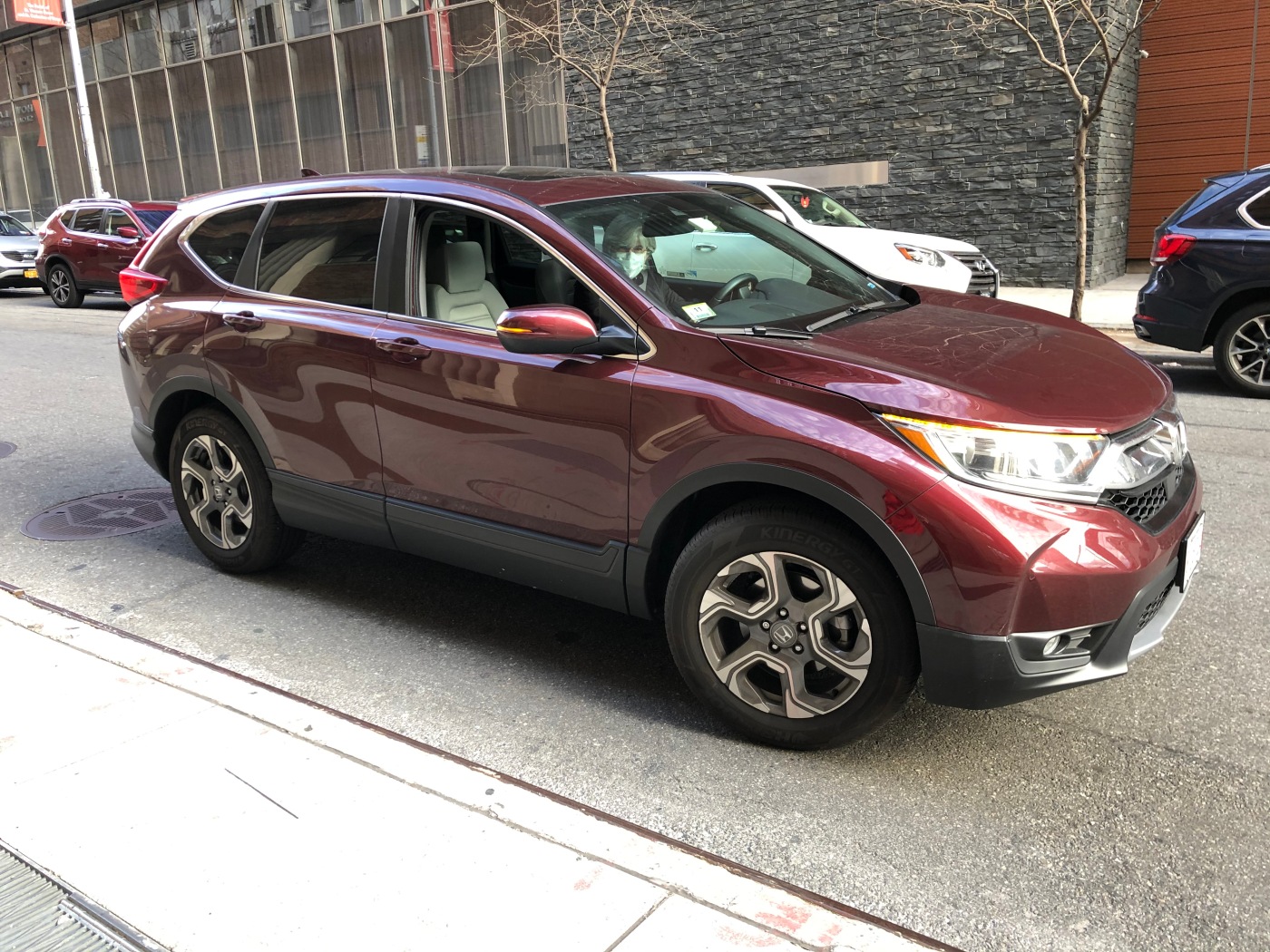 “What are you doing here?” my rheumatologist stopped short as she came out into the hallway and spotted me. It was early March and I was there for my regular check up. “My patients with RA have all cancelled and you not only have RA, you have this lung disease as well. This virus will not be kind to you. You should not be out.”

Rosemary was across the street in another hospital building, beginning 25 days of radiation for her breast cancer. We had been taking Lyft cars to our medical appointments, but when my pulmonologist offered me similar advice the following day, I began to think we needed to come up with another option. With impeccable timing, friends from Massachusetts called and offered to loan us their car and said they would drive down to Connecticut, to my sister’s house, where we could meet them.

I had not driven in Manhattan since we moved from there to Brooklyn fifteen years earlier. Even when we lived in the West Village, I only drove when it was really necessary, usually to move the car for street cleaning or to get out of the city. Furthermore, I had barely driven anywhere for the past two years, since we had sold our condo in Connecticut and given up our car. However, for the first time in several years, my RA symptoms were minimal, and I felt quite capable. We really shouldn’t have been tooling around the City as carelessly as we had been. I determined that I would drive Rosemary to her radiation and chemo appointments for the next four and a half weeks. We accepted their offer.

In another serendipitous moment, my sister and brother-in-law were visiting us in Brooklyn that weekend and, in what turned out to be our last outing, they drove us back to Norwalk to pick up the car. We were given the key and some brief instructions, and I climbed in behind the steering wheel, adjusted the seat and the mirror, and Rosemary and I headed back to Brooklyn. With every mile, I felt a year younger. By the time we pulled off the highway, I was back in my youth, feeling capable and free, and loving every minute. I had forgotten how much I liked the feeling of control and adventure that comes with driving.

Back in the City, the lack of traffic made the early morning treks across the Brooklyn Bridge and up the FDR to the hospital fairly easy. I navigated the busier streets around the hospital with aplomb. The expeditions seemed relatively safe at first. When Rosemary went in for her treatments, I waited in the little waiting room on the fourth floor, watching the TV news with announcements about the virus, which was finally making its way into general consciousness. The virus was more challenging than the driving. On March 13, there were 421 cases. On March 14, New York had its first coronavirus death.

Soon, the distancing became serious, and venturing into the hospital area seemed more hazardous each day. The staff in the lobby and the valet parking men wore masks now, as did we. On March 22, the Governor declared a lockdown in the city, calling it a “Pause.” The nurses started taking everyone’s temperature at the entrance to the fourth floor. The next day, I told Rosemary I thought I would just wait in the car while she had her treatment. When she came out, she told me I had made a good decision; they had posted a sign that only patients were allowed on the fourth floor. On Mondays, when Rosemary had chemo as well as radiation, I drove home and back, but on the other days, her visits didn’t take very long, and I waited in no parking zones, with the engine running.

Each day, when we got home, we removed our coats and shoes at the door, changed our clothes and put the exposed ones in the wash. We scrubbed ourselves and wiped down our phones, our purses, and anything else that we had carried into the world. We ate breakfast and tuned in to the Governor’s report on the virus. The daily death count for the City climbed above 100. Even the elevator in our building seemed hazardous; the building now only allowed four people in each elevator at a time. When the daily death count reached into the 400s, we stopped going down to the laundry room in the basement. I envied those who didn’t have to leave their apartments.

We had a note from management that someone in our building had contracted the disease. Friends who had the option of moving outside the city did so. There are ten apartments on the top floor where we live, and only one besides ours was now inhabited. Our hallways felt as eerie as the empty streets. The TV news reported how the patients with the virus were dying, alone, on ventilators. I ordered extra batteries for our cell phones, so that we would be able to communicate with each other in the event one of us got sick had to go into the hospital. We put a calendar on the back of our front door, where we crossed off the days, looking forward to the end of radiation.

And then, it was over! The day that seemed like it would never arrive, did. We parked the car named Merlot and told her that we would take her for a ride again one day soon. We crossed off Day 25 on the calendar. We celebrated virtually with friends, drinking wine on the balcony, cheering happily. We went to bed contented, knowing that we wouldn’t have to venture into the world of invisible dangers the next morning.

I couldn’t have been more grateful to have the daily jaunts behind us, to be able to stay shut up in our apartment. But it wasn’t entirely as I expected. I awoke the next day feeling a little down. I was overjoyed that I needn’t expose myself to my potential demise, but the mission completed sign on the calendar left me without a purpose. I hadn’t realized how very much the radiation journeys had kept me focused on the future, had created the sense of me as a crusader venturing into battle, of being again the young woman behind the wheel.

7 thoughts on “Missing My Mission”