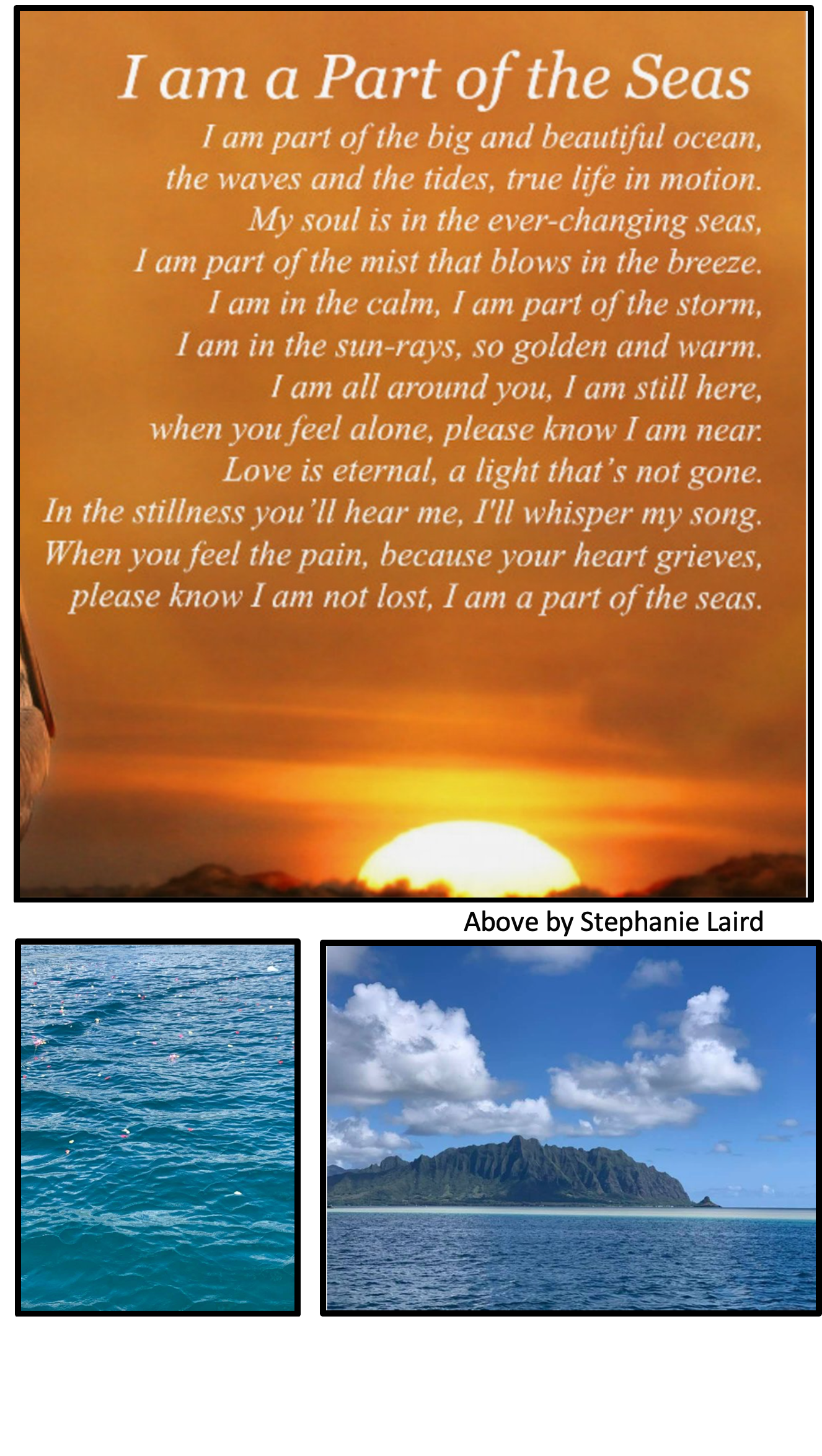 [I have posted this piece in a couple of places, so you may have already seen it, but I am adding it here, to be part of the blog story.]

Rosemary’s ashes have found their way to the ocean, in Hawaii, where she lived when she was younger, before she found her way to me.

Last week, our older daughter, Shannon, on a trip to Hawaii, spread some of the ashes in the sea in front of the place she was staying. She read a poem (posted above) and, as she spread the ashes, two sea turtles appeared to guide Rosemary home. Sea turtles were Rosemary’s aumakua, or spirit animal.

Then, yesterday, with Shannon’s younger sister, Talmadge, on a trip to Hawaii, another portion of Rosemary’s ashes were spread from a boat off the shore of Oahu, and Rosemary’s sister, who is a kumu, (a teacher of hula, chanting, and Hawaiian culture), offered a chant from the boat.

After Rosemary’s ashes came a spray of roses, and then petals were dropped as the boat three times circled the spot where the ashes had been spread (photo above). Once again, shortly after this ceremony, a honu, or sea turtle, appeared.

In both cases, I was able to participate through the wonders of modern technology (FaceTime). I should say that we have kept another portion of Rosemary’s ashes, which will be spread in Maine, where we shared a very special home for many years, mixed with mine, when the time comes.

It has been five months since Rosemary left us. Her wonderful spirit lives on, but with each of these events, a part of my heart went with her into that vast, wide sea/universe.

*The title of this piece was taken from a photograph of a sea turtle on its own journey to a distance island. It was taken by Victoria McCormick, Rosemary and I bought it on a trip to Hawaii and it hangs in our Brooklyn apartment.

4 thoughts on “The Journey Home*”